This red pigment, which the English call lac, is obtained from a resinous dark red substance found in the secretions and eggs of female insects of the species Coccus lacca or Kerria lacca lacca, of the Kerriidae family, that are deposited in certain trees and bushes.

From this material shellac is obtained. The term lac, from which the word lake is derived, is used generically to describe the complexes obtained by the chemical fixing of dyes in inorganic material.

From this process Indian Lake is obtained, which is a deep and dark red pigment. Between 1960 and 1980, the chemical nature of this dye is demonstrated to be a derivative of the anthraquinone, known as laccaic acid A, B, C, E, F, and small amounts of kermessic acid.

Widely used during the Renaissance, the best lac dyes were named as the cities in which they were prepared —Venice, Florence, Antwerp—which were the major ports.

OLD WOOD has processed the traditional Indian lac to obtained a shiny red with strong brown and deep purple hues, and great transparency. 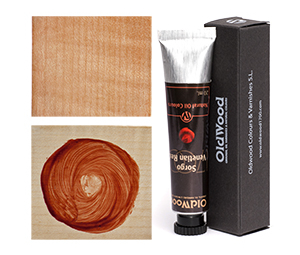 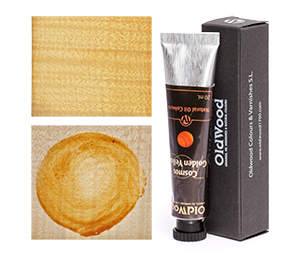 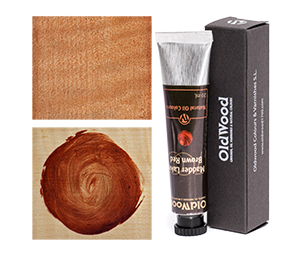 This is one of the most stable natural pigments, and for centuries it has been the most commonly used red dyes.
44,00€ View detail 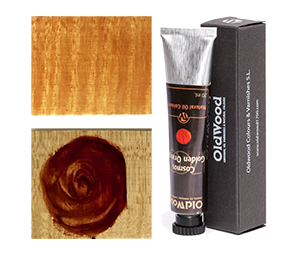